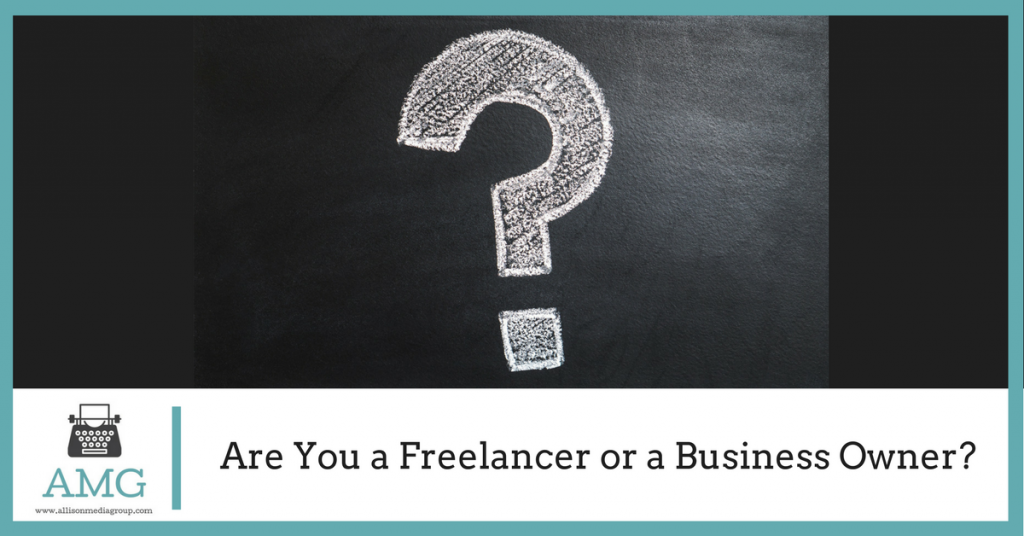 There is some contention in certain circles about the word “freelancer.”

Some people gladly use the word to describe themselves, while others avoid it whenever possible. Those who make it clear that they aren’t “freelancers” often describe themselves as “business owners” or “contractors” or some similar term. There are even a few people who have completely different descriptors for themselves and their work, even though they fill the same role. Which camp do you fall in?

It’s entirely possible that you’ve never given this any thought. It’s a bigger question that it may seem at first, though, since the way you describe yourself reflects on you as a professional. There is no right answer, but it’s important that you understand the different connotations that each term carries.

What Is a “Freelancer”?
Obviously, a freelancer is someone who takes jobs on a freelance basis without a definite “employer” besides themselves.

Some freelancers use more descriptive terms such as “freelance writer” or “freelance copywriter”, but the term “freelance” is still featured prominently. In many cases, “freelance” is used as a kind of shorthand for “self-employed.”

What Is a Business Owner?
Calling yourself a “business owner” or “independent contractor” focuses more on the professional side of being a freelancer.

By choosing one of these terms you’re letting everyone know right away that you operate your freelance service as a business, as opposed to the more casual arrangement that the term “freelancer” suggests. Unlike those who describe themselves as a freelancer, “independent contractors” and their ilk often leave the title without a descriptor (though you will occasionally see job descriptors such as “independent copywriter” or “writing business owner.”)

“Freelancer” Connotations
The term “freelancer” is often seen as less rigid and professional than other options, and may suggest that you do not work on a regular basis; it’s typically considered to be a more casual term than the more business-focused options.

In recent years, some have started to look down on self-described “freelancers” as a result; you may occasionally hear that “freelancer” is a synonym for the word “unemployed” or other unkind comments. For those who can bear the occasional slings and arrows, however, being called a “freelancer” may separate them from mental images of stuffy people who churn out flavorless content for corporate clients.

“Business Owner” Connotations
Being called a “business owner” or “independent contractor” puts the business aspect of your work at the forefront, suggesting that you take your work seriously and likely have a steady stream of work from clients.

It may be intimidating for smaller clients who just need a little bit of copy written, however. One challenge can be staying approachable for clients of all sizes. You may also have to fight the occasional association with content mills and the like, since they famously ensured that all of their writers were “independent contractors.”

Which Is Better?
In the end, the term that you use to describe your professional status is a matter of personal preference.

You may prefer the more casual air of being a freelancer, or the professional status of being a business owner. Then again, you may have a different term that you prefer. Just be sure that you take a moment to consider both the positives and the negatives of your chosen title before you start spreading it around if you want to maximize your impact as a writer.